The Fridge (pictured below), Mulberry Art Studios, and Snavely and Dosch have made considerable green infrastructure improvements to their properties.  Each site enhanced their parking areas to capture stormwater off of the paved surface and surrounding buildings into large infiltration beds (underneath the parking areas) that are engineered to capture and slowly infiltrate water.

The diverter in the image below will capture rain water from the Arts Hotel further reducing run-off from neighboring properties.  Sheet flow (of water) from the parking lot makes its way to the drain pictured below (right) where it infilatrates into the stone bed.  Additional enhancements at The Fridge include trees to beautify the area and reduce heat island effect.

Stormwater Capture: Approx. 300,000 GAL / YEAR
With a long standing commitment to living and working in Lancaster City Two Dudes Painting Company owners Peter Barber and Brian McCaskey are enthusiastic supporters of Lancaster City’s renaissance which can be seen through the many community murals and art projects they have been a part of over their 20 + years in business.

Addressing real concerns in relation to their facility (dilapidated parking lot, occasional flooding in their offices) and having a positive impact on their local environment inspired the original concepts of this project.  With construction beginning in the fall of 2013 the Dudes green infrastructure project is estimated to capture 300,000 gallons annually through the use of permeable paving, a rain garden, planter boxes, and trees.  They envision a project that will beautify their neighborhood while helping the City achieve its stormwater goals.

One year after installation was completed 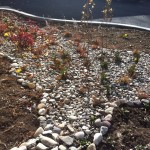 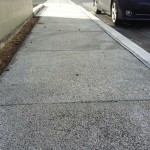 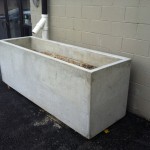 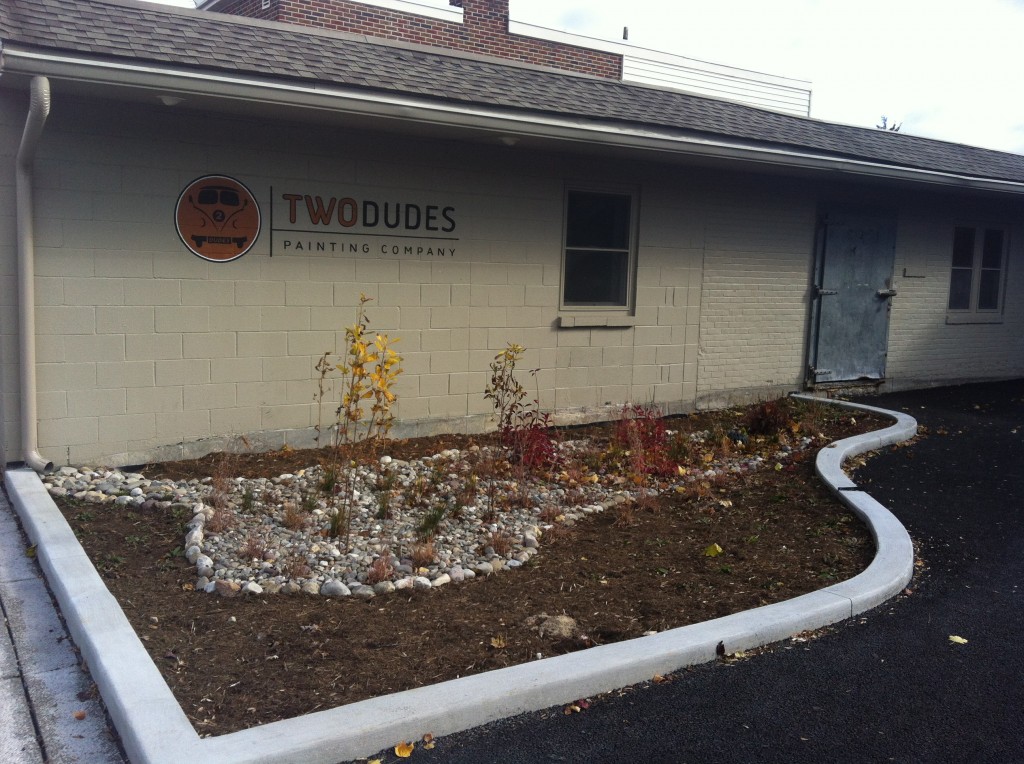 That is why Devoy’s green roof suits him and his cause so well. Nestled between the Marriott and Annie Bailey’s downtown, Tellus360 has a 9,600 square foot flat roof that with the help of some local volunteers, was completely installed in just four days. 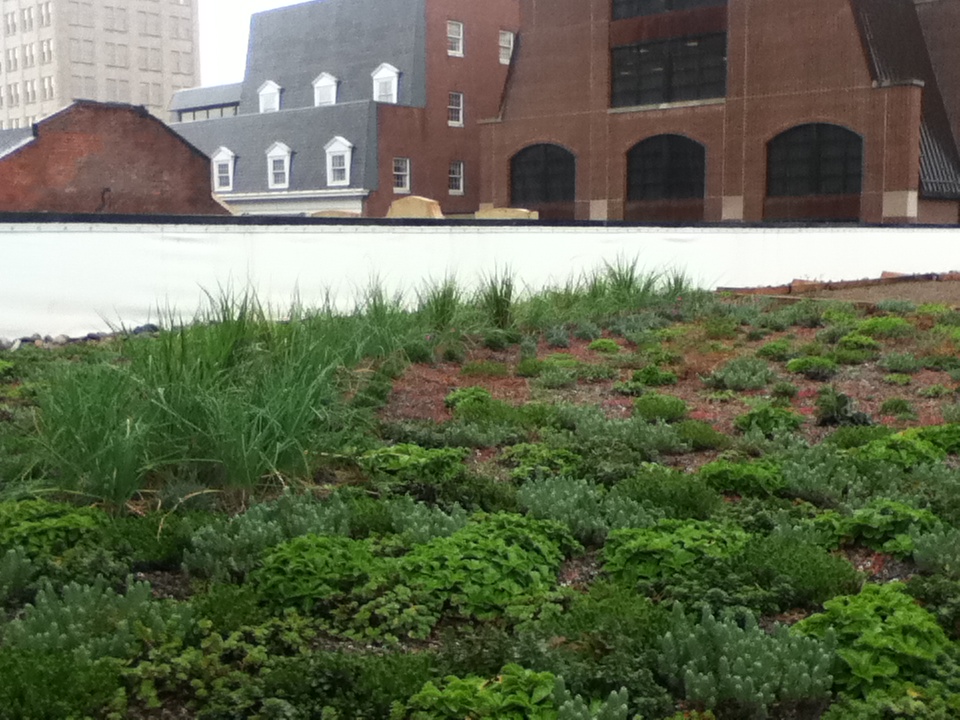 What is the link between Devoy’s self-proclaimed “deep passion for reclaimed wood furniture” and green roofing? According to Devoy, “It was about stormwater for certain, but [it was] also to about helping to establish therapeutic space in a city that currently has very little.” The space has already been a host to a honeymooning couple from Italy, rooftop yoga classes, and many early-Monday morning breakfasts for Devoy.  In the future, a competition will be held to design the roof top patio to go with his green roof.  Devoy is committed to engaging artists to assist in establishing a sense of community centered around the powerful greening aspects of a green roof. 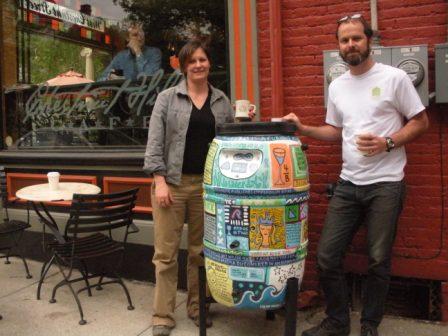 Originally, Landis bought the brightly painted rain barrel — a Libby Modern original — not to reduce stormwater, but rather to conserve city water by using it to water the Cafe’s flower boxes and planters instead of the hose. But when a series of heavy rainstorms flooded Landis’ basement, she realized her rain barrel could help fix this problem too.  Now, when asked about the barrel, Landis talks about its dual benefits. She also thinks the rain barrel serves a bigger purpose. “It just gets the word out there because it is so beautifully painted and colorful that it attracts a lot of attention … I think it’s creating an awareness.”

Overall, despite the fact that a rain barrel “takes a little more extra work rather than just grabbing a hose,” Landis thinks it’s worth the effort. She says, “You know, I think people appreciate that we’re doing it.”